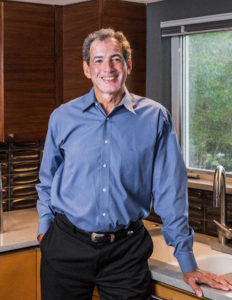 Billy Guerrero stepped down as owner of CG&S Design-Build at the end of June, retiring after over forty years of service. His ownership passes to his sister Dolores Davis, CG&S’ General Manager and wife of owner Stewart Davis. The move makes Dolores CG&S’ new President.

This is a huge change for our company. In many ways, Billy was CG&S. He was here at the very beginning, working with his brothers under his parents, founders Clarence and Stella Guerrero. When it came time to go to college, Billy decided to stay with the company, and began the process of accruing decades of construction experience. In that regard, he is simply irreplaceable.

Apart from mastery of carpentry, his expertise enabled him to become a talented salesperson and construction estimator. At times it felt as if he had x-ray vision when looking at a house; he could evaluate a house’s condition in a moment. Of course you never really know until you investigate, and this too he would do. He has been in countless crawlspaces and attics, and scaled just as many roofs. He has worked every neighborhood and almost every street in Austin, and knows hundreds of shortcuts through the city. He has been the face of our company literally because for many years he was the first person our clients met. He hustled, he was tireless.

Billy was a fearless leader. He didn’t back down when pressure came, didn’t avoid the many challenges that characterize this business, and led CG&S through pretty tough times throughout his forty year tenure. He cared about his employees and treated them with respect and equanimity, just as he did with his clients. Respect was code to him; it was the first principle with which he operated. That respect in turn set the standard for everyone else, extending throughout the company.

He was an extremely hard worker. He gave everything to his work and his business, to make it successful for his employees and the families it supported, and to always come through for his clients. With him, through the example of Clarence and Stella, came the value that we take care of our clients for life. 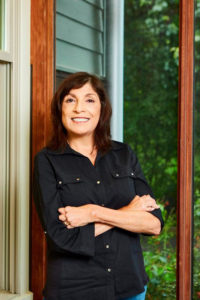 To these qualities and so much else, we are incredibly grateful to Billy, and extend our deepest thanks and well wishes as he embarks on the next phase in his life. His is an extraordinary accomplishment and career, and it’s really exciting to think about what will come next.

Dolores comes to ownership in a profession with very few female owners, let alone female latina owners. This will be a fresh perspective as we look to a new era in our industry and service area. Everything that Billy gave us is embedded in CG&S’ DNA. It is our mission now to build on that, to continue to innovate in our field, provide the most excellent service to our clients that is possible, serve our community, and sustain the work that Clarence and Stella Guerrero set in motion half a century ago. Onwards!